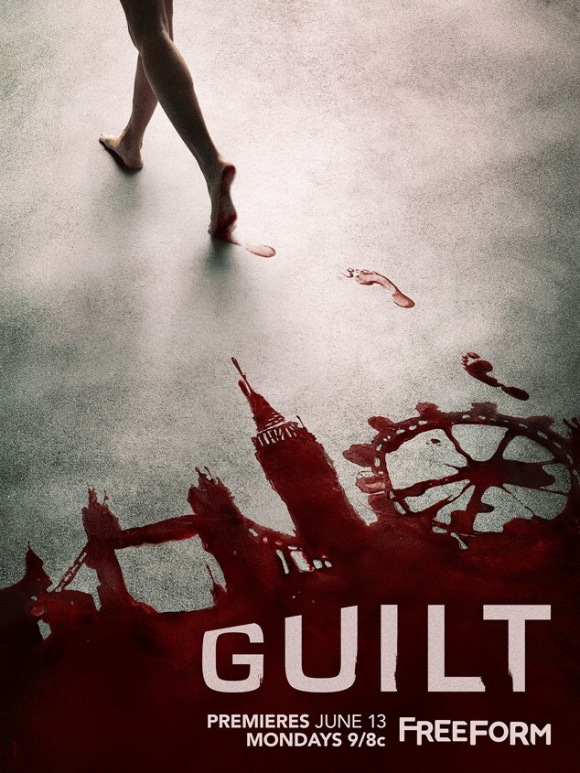 So far Guilt seems like a promising new show, it is based on the murder trial of Amanda Knox. Fans will finally find out who the killer is on episode 10 which is also the season finale episode.

While I want to believe that Grace is innocent they are evidence that suggest otherwise. For instance the “travel vlog” video shows Grace (Daisy Head) attacking Molly (Rebekah Wainwright). The person blackmailing Grace on her attacking Molly appears to be one of hers and Molly friend that edits their video. Stan (Billy Zane) goes to meet the friend and threatens to expose her secret to her parents, if she tries to publish the video.

Although we may not know who the killer is, episode two has provided us with more suspects. Top on the list would be Molly’s stepfather James (Anthony Head). After confessing to Natalie (Emily Tremaine) about he’s affair with Molly. James could be the killer as he could possibly be the father to Molly’s unborn child and would want her dead as he would not want Grace to know he’s dirty little secret. It is suspicious how badly James wants Stan to retrieve Molly missing phone.

Another suspect is Roz (Simona Brown) who happens to be Molly’s and Grace’s roommates. We found out that Roz was the one to introduce Molly to the sex club. Maybe Molly’s involvement in the sex club is what got her killed. Later on in the episode we find out that Roz has Molly’s phone and is going through her pictures. Now the big question is if Roz isn’t Molly’s killer then why does she have Molly’s phone?

As all of this is occurring Molly’s brother Patrick (Kevin Ryan) is attempting to find he’s sister’s killer. He believes that Molly’s teacher maybe responsible for her death. After tracking him down he proceeds to beat him up and get him to tell him the truth, while the teacher’s wife appears holding a gun and asks him who he is. The wife then shoots her husband and we are left with a cliffhanger as to what happens to Patrick.